MPG 2012 Seattle is complete. Check out a full listing of all of our local meet ups here.

“For anyone who expresses interest in a career break, or long-term travel, this is a ’10’, and I might even say it should be required.”
– 2011 Attendee 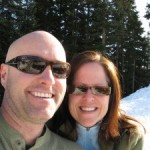 Paul & Christine Milton’s love for travel was cemented shortly after their first trip together to Guatemala in 2005. And after getting engaged in 2007, plans for what was to be a four-month honeymoon turned into a year of travel, starting with getting married in the Cook Islands on September 1, 2009. As newlyweds they traveled to New Zealand, Australia, Indonesia, SE Asia, Greece, Belgium, Ireland and finally settling in Edinburgh, Scotland for four months. All of which they wrote about on their site: Bert & Patty.

They returned to Seattle at the beginning of 2011 as Paul was offered his former job back. And they are thrilled to use their 17-month career break experience to help inspire others to see the world. 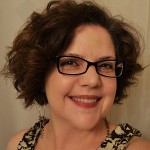 Lori Stone spent the last 20 years in the corporate, non-profit, and technology sectors and today specializes in communications and program management. In 2007, she started The Joy Guild, a side business at the time that incorporated her love of the arts, photography, teaching, and travel safaris from Paris, France to Moab, Utah to Melbourne, Australia. However, her full time commitment to corporate technology consulting over the last nine years kept her from fully launching her dream business.

2012 marks the beginning of Lori’s research sabbatical and career break. She is taking time off from contract management work and exploring the world around her by leading creative art retreats, traveling, writing, learning, continuing outreach as a cancer survivor-turned-advocate, building communities, and—most important—having fun. She continues to envision a world where people increasingly find play AND work that brings them joy and looks forward to her official and pleasurable business launch in 2013. 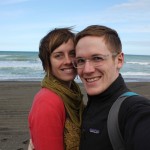 Casey Engels & Eli Scheer
Dirt digger, intermittent writer, intuitive hair cutter, beet lover and human connector. Casey thrives in the crosshairs of collaborative makers, artists, growers, creators and localness. Driven by curiosity, research and experiential projects, she is now weaving her recent long-term travels with a strong background in community-based art programming and project management – creating the ultimate catapult into awesomeness. Beginning in May of 2011, WonderWander was born and launched by Casey and Eli, her conspirator extraordinaire and husband. A year of adventure, natural farming, art investigations and challenge ensued; it is all documented in written, photographic and aural form on their blog: wonderwander.org.

A graphic designer by trade, Eli fills in the rest of his time as a traveler, musician, and general creative mover and shaker. He might describe himself as handmade and digitally refined; a curious thinker and explorer; a small towner who loves the city and a tech geek who can’t live without the trees.

Three jobs, a busy freelance design schedule, and multiple national tours with his band filled the following years but by the time May of 2011 rolled around, he and his wife Casey were ready to put jobs and “real life” on hold to venture off for a year of travel; eastward with two years of savings, two one way tickets, and a rough outline of a plan, all to be as thoroughly experienced and documented as possible.

He’ll be looking out for whatever will keep the travel momentum going and the wheels turning while plotting, planning, and saving for the next incarnation of the WonderWonder adventure.

Kendra Redman
Kendra Redman was inspired by the book Heidi to travel internationally. She tested the waters in high school during a summer study abroad program where little studying actually occurred. In her junior year of college she also studied abroad in Austria, which did include actual studying. Her school, Salzburg College, was located in the stables next to the ‘Von Trapp House’ of The Sound of Music fame. Five years later she took her first career break backpacking through Europe solo for several months before landing in Ireland to work as a computer consultant for a candy company. A full scholarship from Rotary led to her attendance at grad school at the University of St Andrews where she narrowly missed becoming Princess Kendra. She later taught at international schools in Costa Rica and Ireland while continuing her overseas adventures. Among other work, her career has included several stints in the travel industry such as working as a tour guide, travel agent and as Training Director for a resort company in Asia. Most recently she was a writer for a wholesale travel company. In the end the little girl inspired by Heidi has traveled to over 30 countries and is always ready for the next road “less traveled by” as that has made all the difference in her life.

Cheryl Wheeler
Cheryl Wheeler works for University of Washington International and English Language Programs. She develops new international programs and manages more than 12 special short and long term programs for non-matriculated international students at the UW. Cheryl has worked in Thailand both as an English teacher through the Princeton-in-Asia internship program as well as an administrator of study abroad programs for Payap University in Chiang Mai. Cheryl holds a BA in Communication Theory and an MA in Southeast Asian Environmental Studies. Cheryl is passionate about learning through travel, speaks Thai fluently, and has traveled through Southeast Asia, Australia, India, Central America and Mexico. 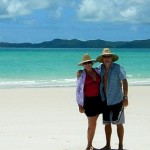 Rhonda & Jim Delameter
Jim & Rhonda Delameter, 40ish, married Americans on a path to re-write what society considers normal and create a life less ordinary. Having spent 20 + years in corporate, cubicle America, we know this is not the life we wish to lead.

The travel bug hit us both fairly early and we traveled frequently, assisted by Rhonda’s job in the travel industry, but always a typical one or two week holiday. Although our RTW trip didn’t happen until 2007, it was an epic adventure that changed us immeasurably and irreversibly. Once home we realized the old version of home wasn’t what we really wanted.

Thus, the planning & plotting for the Next Big Adventure is in full swing. With South America being our last unexplored continent, we will be driving the Pan American highway to the tip of the continent and that is just the beginning! This time we’ll take it even slower, volunteer often, spend extended time in some areas, learning Spanish along the way, and working towards a location independent lifestyle.

Lori Stevens
Twenty-two years in Corporate America ranging from start-ups to the F500 in a career of sales, management, advertising and technology has not prevented her from taking the occasional break to redefine perspective and gain new/ unusual experience. Sabbaticals include:
* Extended exploration: Europe, UK, Australia, Mexico, US, Canada
* A 10-month Baking & Pastry degree program in the heart of Napa Valley wine country at the prestigious Culinary Institute of America
* A 2-year stint as the Food Editor of a women’s wine magazine
* A handful of entrepreneurial ventures
* Dedicated advancement of studies in areas of personal interest: holistic & homeopathic animal nutrition; painting; astrology & esoteric arts
* And the recent proprietorship & adventure travel company launched with a globe-trekking friend and travel blog personality, Mike Hodson.

Lori enjoys influencing others to re-assess priorities and make room for living a life all their own.

Jeremy Bookman
Before Jeremy got hooked on the travel industry, he was a habitual career-breaker. The first one came after putting in his time in New York City to pursue his dream to live out West and work at a ski resort. And the second, after meeting his wife there when they both decided to take a break and live in Chile. Jeremy now calls Boulder, Colorado home but still hasn’t lost sight of the next opportunity to call it quits and travel the world…just don’t tell Intrepid he said that! Jeremy Bookman is currently the US Groups Coordinator for Intrepid Travel. 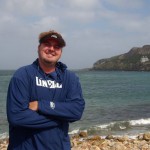 Tom Tidyman
Tom Tidyman is the Hostelling International Field Manager for Washington State. He works to connect travelers before, during and after their stays in hostels, and promotes hostelling to all. Tom has road tripped 48 of the 50 states and backpacked across Italy, Ireland and eastern Europe. He also spent time in Costa Rica and Honduras doing field research.