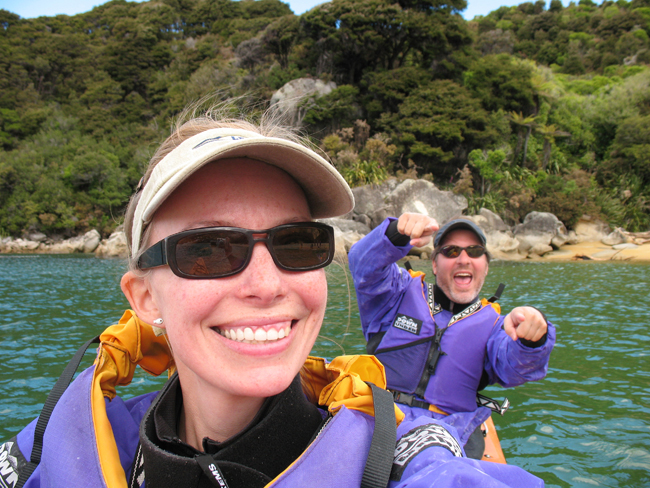 Timing is everything, so when Michael Bontempi and Michaela Potter decided to leave their jobs at the same time, they capitalized on the opportunity to hit the road. As a seasoned backpacker, Michaela was used to traveling for extended periods of time. But after 14 years in corporate America, this was a huge step for Michael. It was now time for him to put down the briefcase and strap on a backpack.

Nine weeks on the road together was a new experience for both of them. Having established careers for many years, they were not restricted to a tight budget like many young backpackers. They were open to any adventure, regardless of cost. At the same time, they had some unique cultural experiences that pushed them out of their comfort zones.

Along the way, they met many interesting people from a wide variety of countries and backgrounds. Not so surprisingly, they encountered very few Americans. Those they did meet were either retired or on assignment overseas. In turn, most people were surprised that as Americans they were traveling so far and for so long. Once they explained that they had quit their jobs and made the time to do this, their surprise turned to admiration.

During this time, half way around the world, Sherry Ott was well into her own 16-month journey. Having grown tired of her corporate career and a fast-paced life in New York, she left her job, boxed up her life and hit the road. Having only just received her first passport six years earlier at the age of 30, this was a complete life change for Sherry. 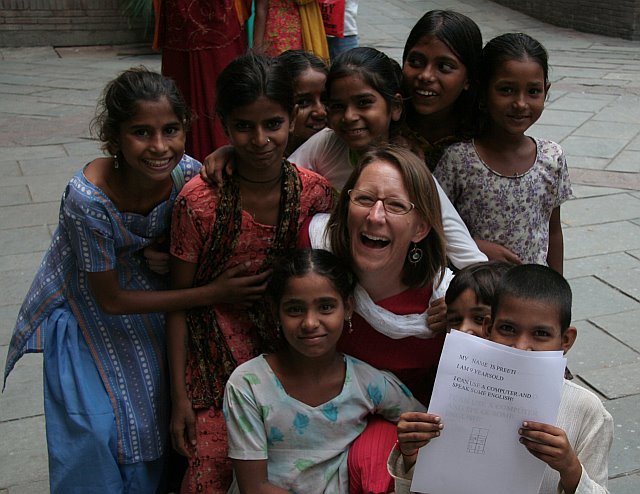 Sherry’s goal was to experience the various cultures of the world from a personal perspective instead of a tour bus. She had worked in corporate America for over 14 years and had a reasonable budget to travel. She roughed it in villages with locals, camped, climbed mountains, stayed in hostels, and took local buses with live poultry and carsick kids. However, she also had the opportunity to enjoy the ‘nicer’ side of traveling – enrolling in language, cooking, and sailing schools. She traveled solo and with friends she met along the way.

Her perspective on the world started to change; she wondered if she would ever be able to go back behind a desk after this experience. She traveled to 23 countries photographing and documenting her journeys along the way.

Timing came into play yet again bringing the three together. As part of her travels, Sherry spent a month volunteering in India teaching English through Cross-Cultural Solutions. As a Program Manager at CCS, Michaela was made aware of Sherry’s trip and followed along on her travel blog – Ottsworld.

All three returned to NYC at the turn of 2008 with new perspectives on life and where their paths would lead. Michael was ready to return to corporate life in a new role and with a new company, while Sherry vowed never to return to the corporate world. Of the resolutions she made upon returning, one was to get her ESL certificate in order to keep traveling and teach English. And Michaela decided after years of working 9-6, she would take a chance at a freelance career.

Though all three were heading on different paths, they all shared the same thought: How could they inspire others to take a cultural career break and gain insightful lessons on life. And with the following Sherry gained from her blogging, they knew that there was a similar group of people with the same corporate background wishing they could also take a break from their blackberry. And thus began the next evolution of Briefcase to Backpack.

Since the launch of the Briefcase to Backpack blog, Sherry and Michaela continued to work together while in different corners of the world to bring the idea of career break travel and sabbaticals into the American vocabulary.

The concept grew much bigger than they anticipated due to the enthusiasm of all those who became involved. And it continues to grow…