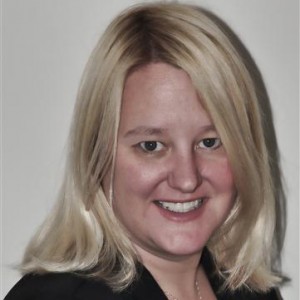 Chris Gray Faust
Journalist Chris Gray Faust is no stranger to career breaks. In 1991, she delayed her job search so she could bartend in London, explore literary haunts in the British Isles, and backpack around Europe. Then in 1998, she took a year-long break from the New Orleans Times-Picayune to give graduate school a try. And now she’s left a full-time job at Microsoft to further pursue her travel writing and consulting career. Chris is a weekly columnist for Frommers.com, and is working on an e-book with Wiley Publishing on how to use social media when planning a trip. She’s also a contributor to CruiseCritic, the former travel editor of USA TODAY, and editor/publisher of her own website, Chris Around The World. She won a Lowell Thomas travel writing award in 2010. 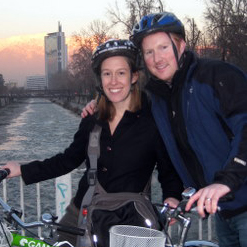 Ryan and Jen Fuller
Ryan and Jen are recovering management consultants who recently returned to the US after quitting their jobs, getting married and taking a six month career break in Argentina and Chile. Prior to hearing the term ‘career break’ they just called what they were doing ‘rehab.’ Since returning in Sept. of 2010, They have been getting reacquainted with real life in Seattle. 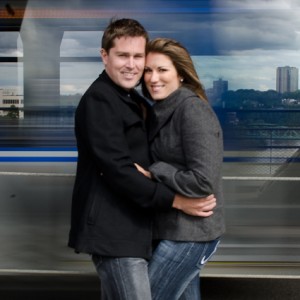 Scott Montgomerie and Kenna Ranson
The year was 2009, and a curious couple was struggling to work hard and burnt out: Scott was an entrepreneur whose company had been sucked into the void of the recession, and Kenna was unhappy in her job as a project manager working days and nights. Thinking that there was more to life than the hardships of business and the daily grind, they quit their jobs, rented out their condo, and took off for six and a half months to New Zealand, Australia, Indonesia, Singapore, Malaysia, Thailand, Cambodia, Vietnam, Laos and Hong Kong.

They discovered so much about the world, themselves and each other, that they returned to Canada almost feeling enlightened and live daily by their new mantra “Embrace the Fear.” Really, is anything in regular daily life scarier than jumping out a plane in New Zealand, scuba diving at night with hungry sharks in Australia, holding three scorpions simultaneously in Malaysia, or riding a tuk tuk on the wrong side of the road in Cambodia?

Paul & Christine Milton’s love for travel was cemented shortly after their first trip together to Guatemala in 2005. And after getting engaged in 2007, plans for what was to be a four-month honeymoon turned into a year of travel, starting with getting married in the Cook Islands on September 1, 2009. As newlyweds they traveled to New Zealand, Australia, Indonesia, SE Asia, Greece, Belgium, Ireland and finally settling in Edinburgh, Scotland for four months. All of which they wrote about on their site: Bert & Patty.

They returned to Seattle at the beginning of 2011 as Paul was offered his former job back. And they are thrilled to use their 17-month career break experience to help inspire others to see the world.