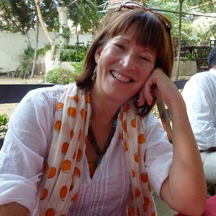 Rita Foley
Rita is a co-author of the recently published book Reboot Your Life. Energize Your Life by Taking a Break. After her first sabbatical, in 1982, Rita changed careers and entered the burgeoning computer industry with Digital Equipment Corporation (DEC), where she held increasingly responsible positions over 17 years. Her sabbatical nine years ago, ended in another career change when she became President of MeadWestvaco’s $1B+ global consumer packaging business. Her most recent sabbatical led her into a portfolio career.

Today, Rita spends one third of her time serving on corporate boards, PetSmart and Dresser-Rand and leading Crenshaw Associates Board Director’s practice, one third on her passion — the nonprofit field where she has been chair of a microfinance organization, Pro Mujer, and serves as a trustee of Healthcare Chaplaincy and the final third on having fun which consists of lots of travel and delivering workshops and consulting on the topic of Rebooting. 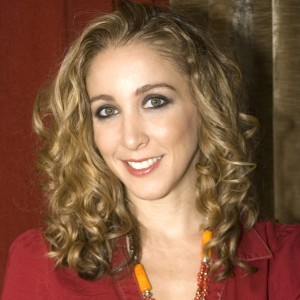 Amanda Pressner
Amanda co-authored the travel memoir, The Lost Girls: Three Friends. Four Continents. One Unconventional Detour Around the World (HarperCollins) and is a co-founder of the website lostgirlsworld.com. She, along with her fellow Lost Girls Jen and Holly, is a “girl getaway” expert for TravelChannel.com.

Amanda has contributed to several travel and lifestyle publications including USA Today, Travel + Leisure, Smart Luxury Travel, Budget Travel, Real Simple Travel and foodandwine.com. She currently serves as the executive editor of www.citypath.com, a new online resource that offers personalized, real-time coverage of attractions and events in New York City. While she thought a year abroad and yearly reunion trips with the Lost Girls would satisfy her wanderlust, she’s nearly always game to cram a few sundresses and camera in her bag and hit the road again. 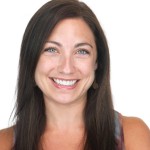 Lisa Sciambra
Lisa is Assistant Director of Publicity for Atria Books, a division of Simon & Schuster. In April 2008 she and her fiancé left to travel around the world for almost a year and a half. Future travel aspirations include sailing the Mediterranean and exploring Africa in-depth. She lives in New York City with her husband and dog. 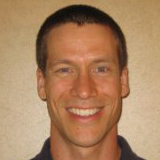 Charles Scott
Charles is an endurance sports enthusiast and wanna-be adventurer. He spent 14 years working at Intel Corporation before deciding to focus his energy full-time on doing endurance challenges with his family linked to environmental causes. At age 13, he ran a marathon with his father. In the summer of 2009, he and his 8-year old son Sho rode connected bicycles the length of mainland Japan, covering 2,500 miles in 67 days. They were named “Climate Heroes” by the United Nations and received worldwide press coverage, as they raised money for a global tree planting campaign.

Charles is writing a book about the Japan ride called “Rising Son.” He and Sho are also on to their next challenge in the summer of 2011: a 1,500-mile trek through Iceland on connected bicycles with Sho’s 4-year old sister joining them in a bike trailer.

Ambassadors
We are excited to have the following travel experts join us as well:

Jennifer Baggett: Jennifer is one-third of The Lost Girls, three media professionals who embarked on a year-long search for adventure and inspiration. Prior to the trip, she worked as a marketing and promotions professional and held positions at Sundance Channel, Vh1, and NBC Universal.
Website: Lost Girls World | Twitter: @lostgirlsworld

Marie Elena Martinez: Marie left a successful PR career with HarperCollins in 2005 to travel and hasn’t looked back. She turned her passion for travel into a writing career and continues to travel the globe.
Website: Marie’s World | Twitter: @mariesworlds

Michaela Potter: Michaela has incorporated mini-career breaks throughout the past 15 years while transitioning from non-profit event planning to corporate video production to a freelance career. She is co-founder of Meet, Plan, Go! and married to Michael Bontempi.
Website: Meet, Plan, Go! | Twitter: @CareerBreakHQs 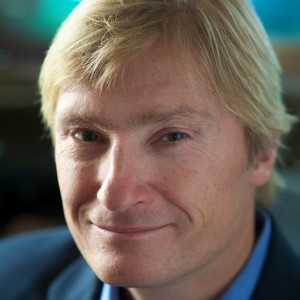 In July, 2008, after more than 4-1/2 years of intense planning, Rainer Jenss sold his house, put the family’s possessions in storage and left his job to do something that many people dream of, but very few actually dare to carry out: travel around the world for an entire year together with his wife and two young sons.

Before putting his professional expertise and personal passion to the ultimate test to travel around the world for a year with his family, Rainer was a Vice President and thirteen-year veteran of National Geographic. He helped relaunch National Geographic Kids in April 2002, and as its publisher, grew the publication to be the most widely read children’s magazine in the world.

During the yearlong journey, Rainer reported for National Geographic Traveler’s award-winning Intelligent Travel Blog, posting a weekly column about the experience and offering an inside look at life on the road traveling together as a family. Rainer continues to report on family travel as a Special Correspondent for National Geographic Traveler’s Intelligent Travel Blog, is a regular contributor to Global Traveler magazine and speaks at travel shows and conferences around the country.