MPG 2012 Minneapolis is complete. Check out a full listing of all of our local meet ups here.

“It takes a ‘dreaming’ project so many have in back of their minds, and breaks it down to pieces to become a ‘going to happen’ project!”
– 2011 Attendee 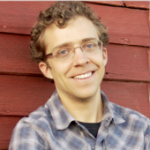 Doug Mack is a writer based in Minneapolis and the author of the travel memoir Europe on 5 Wrong Turns a Day: One Man, Eight Countries, One Vintage Travel Guide (Perigee Books/Penguin). His travel stories have appeared in World Hum, Newsday, the San Francisco Chronicle, the Onion AV Club, and many other publications. 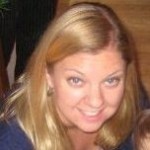 A former attorney, Katie left a job in fundraising and event planning last August to travel and volunteer in all 15 countries of the former Soviet Union. She will return home in September after a 13-month career break that included running a marathon in Estonia, teaching English in Russia and Tajikistan, volunteering with the national tourism board of Armenia, living with local families in Azerbaijan, and trying her best to speak Russian on a daily basis.

Kirk Horsted
Kirk Horsted posts stories, photos, and boatloads of brilliant babble about career breaks and sabbaticals at makeyourbreakaway.com. He’ll make it his profession when you show him how. Over the past 22 years, Kirk has taken five full-fledged career breaks spanning from 35 to 355 days, in locations ranging from New Zealand to Norway to the blissful beaches of Bequia. His most recent was in the summer of 2012 when he carted his family of four around Tuscany, Denmark and Sweden. When forced to sit still, Kirk is one-half of 2 Heads, a Minneapolis-based copywriting and creative consultancy. He also teaches part-time at the College of Visual arts in St. Paul and the Minneapolis College of Art and Design. Things no one should know about Kirk include that he has had five concussions, embraces global warming, is tired of dogs, and owns 11 guitars. Kirk “breaks” for wining, dining, kayaking, cooking, gardening, chilling & screen-free socializing. 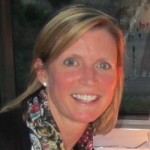 Jill Pearson
Jill Pearson is a corporate attorney at Cargill who recently took advantage of her employer’s sabbatical program to spend three months abroad, volunteering in Morocco and studying French in Paris. Prior to her sabbatical, Jill spent time working overseas in Cargill’s Geneva office. She also studied in the Netherlands while in law school and has traveled all over Western Europe, Scandinavia, Slovenia, Croatia, Russia, Tanzania, Australia, New Zealand, Southeast Asia and South America. It’s safe to say it won’t be long before she is on the road again! 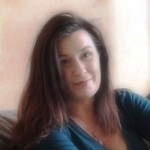 Jody Halsted
Jody Halsted publishes the popular family travel blog Family Rambling and the Ireland travel planning website, Ireland with Kids. Jody’s travel philosophy is, “just because you have kids, doesn’t mean you have to stay home!” A frequent traveler to Ireland, Jody helps families plan travel budgets and itineraries that are fun for kids and adults. On shorter breaks you’ll find Jody and her family enjoying the Midwest. A roadschooling mom, Jody believes that traveling offers children opportunities and education that can’t be found in a classroom. 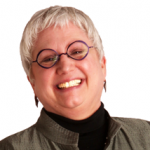 Susan Gainen
Of Susan Gainen’s 7 or 8 careers spanning 4 decades, she has spent more than 25 years as a career counselor. Currently a multiple entrepreneur (national career speaker, painter, cooking teacher), she has a wealth of experience and perspective on creating and managing unexpected careers. After nearly 2 decades as the director of career & professional development at the University of Minnesota Law School, Susan now lectures nationwide on career change and alternative careers for lawyers while providing a plethora of career-related advice on her blog, Pass the Baton.

Dan Woychick
Dan Woychick is a designer and creative strategist with 20+ years’ experience developing brands, marketing materials, and publications. In 1989 he founded Woychick Design, a firm focused on helping non-profit organizations communicate more effectively. He is a past president of the American Institute of Graphic Arts (AIGA) Minnesota Chapter and currently serves on the Design for Good advisory board. When he’s not working, he enjoys spending time with his family, traveling, coaching and playing basketball, and hiking and biking around the Twin Cities and at the family’s Wisconsin cabin. In 2010-11, Dan and his wife, Rebecca, homeschooled their two boys, including travel around the U.S. and Europe as part of the curriculum. 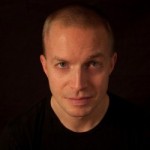 Leif Pettersen
Leif is a freelance writer, traveler, “slightly caustic” blogger and semi-professional wino from Minneapolis, Minnesota. After working for the Federal Reserve Bank of Minneapolis for nine years, he reinvented himself as a possession-less, world-traveling, freelance writer. He has traveled through 48 countries and lived in Spain, Romania and Italy (he speaks all three languages in descending order of fluency). Pettersen is a regular contributor for Lonely Planet (namely the guidebooks for Tuscany, Romania and Moldova), LonelyPlanet.com, BBC Travel, Global Traveler magazine and various MSN websites. His writing has appeared in the San Francisco Chronicle, Travel + Leisure magazine, Lonely Planet magazine, AOL’s Gadling.com, the anthology To Myanmar With Love, Juggle magazine, and vita.mn. He is the author of the Florence Explorer and Romania Traveler’s Guide smartphone travel apps. Pettersen dishes on Romanian pick-pocket tricks, the woes of Italian internet, where to find the best pizza in Moldova, and what’s pissing him off lately on his popular blog, Killing Batteries. 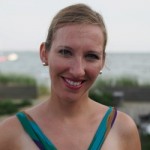 Megan Johnson
Megan Johnson has infused travel and the promotion of intercultural understanding into each stage of her career. She taught World Literature to high school students, taught English in Japan for two years, connected thousands of Chicago Public School students to travel as an educator for Hostelling International Chicago, led several international youth exchanges, and connects the community of travelers in her current role as Engagement Manager for Hostelling International USA. Megan has traveled extensively in SE Asia, North Africa, and Europe – often solo. She has received several awards and recognitions for her work promoting intercultural understanding, been published in Global Studies Magazine, and has made multiple appearances as a travel presenter and keynote speaker with a message of travel as a means towards increasing global citizenship and the creation of a more peaceful planet. 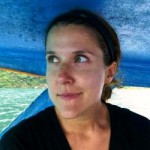 Janelle Mayer
Janelle was a high school literature teacher both in the U.S. and overseas. She spent three years living and teaching in Taipei, Taiwan at an international school and has traveled to over 30 countries on 6 continents. She is currently pursuing graduate work and teaching at the University of Minnesota, and traveling in her free time. Janelle is also an avid reader of food democracy and nutrition issues, and writes for the blog localblu.com. Certified to teach yoga, she has practiced in studios around the world for the past 10 years. 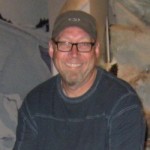 Doug Ardinger
Doug has been a retail manager at REI in Bloomington, Minnesota for over 20 years. His job has matched well with his personal passions which include cross country skiing, paddling, cycling and travel with family and friends.

Sophia Bera
Sophia Bera, CFP® is passionate about bringing financial planning to Gen Y to empower her generation. She has worked for various financial planning firms in the Twin Cities and now works as a Financial Planner for LearnVest Planning Services, a start-up company in New York that provides affordable and accessible financial planning services delivered over the phone and online. Sophia’s writings have been published on the LearnVest website and picked up by ForbesWoman and Business Insider. She’s been quoted on various websites and publications including Money Magazine, The Fiscal Times, XO Jane, and The Huffington Post. She is an adjunct faculty member at Minnesota State University, Mankato and recently led a breakout session at the World Domination Summit where entrepreneurs, bloggers and social change activists gathered in Portland, Oregon. She’s an active member of the Financial Planning Association and she serves as the Vice President of the Financial Literacy Comittee for FPA MN. In her free time, Sophia enjoys performing as an actor/singer and traveling the world.