Meet our lineup of speakers for the September 20th event!  Many of our speakers and volunteers are just normal people like you who were burned out from their career or routine and took a career break to travel.  They feel so stongly about the benefits of career break and sabbatical travel that they want to help you do the same.  You’ll get to meet them and ask them questions throughout the day as well as listen to presentations of their best long term travel tips and advice.

Plus – we’ll be adding more so stay tuned! 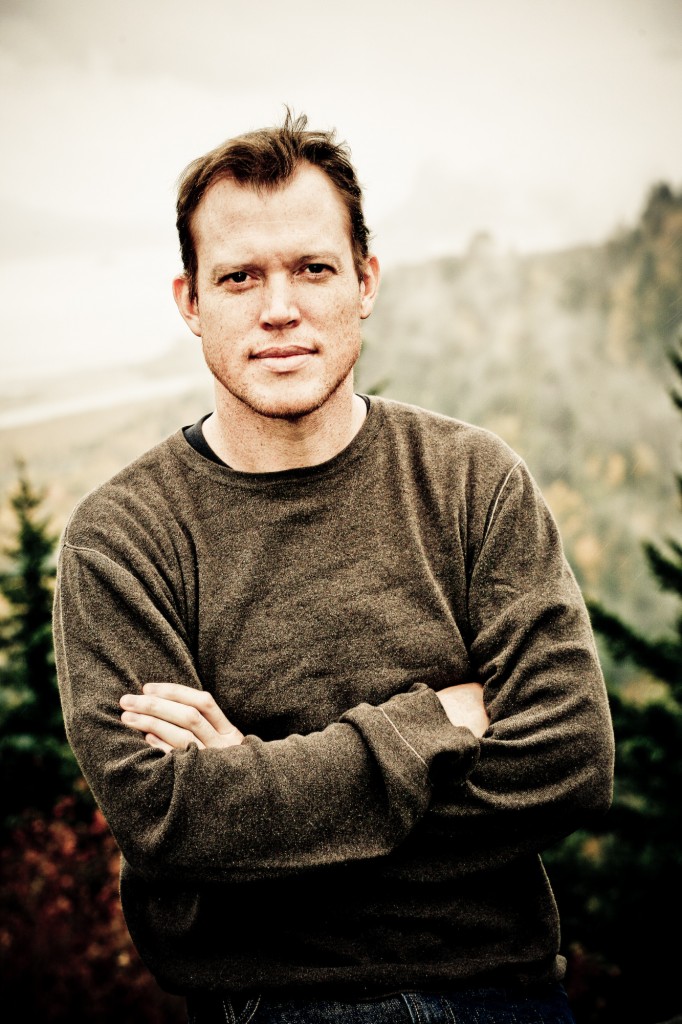 Rolf Potts has reported from more than sixty countries for the likes of National Geographic Traveler, Slate.com, Outside, and the Travel Channel. A veteran travel columnist for the likes of Salon.com and World Hum, his adventures have taken him across six continents, and include piloting a fishing boat 900 miles down the Laotian Mekong, hitchhiking across Eastern Europe, traversing Israel on foot, bicycling across Burma, driving a Land Rover across South America, and traveling around the world for six weeks with no luggage or bags of any kind.

Potts is perhaps best known for promoting the ethic of independent travel, and his book on the subject, Vagabonding: An Uncommon Guide to the Art of Long-Term World Travel, has been through eighteen printings and translated into several foreign languages. His newest book, Marco Polo Didn’t Go There: Stories and Revelations From One Decade as a Postmodern Travel Writer, was the first American-authored book to win Italy’s prestigious Chatwin Prize for travel writing. He has lectured at venues around the world, including New York University, the University of Lugano, the University of Melbourne, Authors@Google, Yale University.

Though he rarely stays in one place for more than a few weeks or months, Potts feels somewhat at home in Bangkok, Cairo, Pusan, New York, New Orleans, and north-central Kansas, where he keeps a small farmhouse on 30 acres near his family. Each July he can be found in France, where he is the summer writer-in-residence and program director at the Paris American Academy. 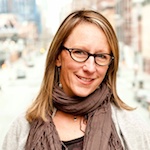 Sherry Ott is one of the Co-Founders of Meet, Plan, Go! and is passionate about getting the word “career break” in everyone’s vocabulary.  A veteran career breaker herself, she is a refugee from corporate IT who is now a travel writer,  photographer, and consultant. Sherry has been blogging about her travels on Ottsworld: Travel and Life Experiences of a Corporate America Runaway since 2006. It was named one of the Best Around the World Travel Blogs on Bootsn’All travel website, and she held the honored position of Keables Chair Holder for Iolani School in Hawaii in 2014.

While on a career break she traveled around the world to over 23 countries primarily solo armed with her camera. Since her career break she has visited 40 more countries and all 7 continents.  Her highlights include a year living and teaching in Vietnam, writing an ebook about hiking Nepal’s Annapurna Circuit with her father, traveling the globe house-sitting, volunteering in the Middle East/Peru/India/Nepal, driving 10,000 miles from London to Mongolia for the Mongol Rally, walking the across Spain on the Camino de Santiago, co-creating the Career Break 30 online class, and organizing Meet, Plan, Go! events across North America. Sherry’s latest adventure was driving across India in an  Auto Rickshaw raising money for charity: water. In addition to her unique adventures, she does freelance writing and photography for a number of online outlets while she travels nomadically around the globe. 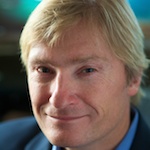 Rainer Jenss
In 2008/2009, Rainer Jenss traveled around the world with his wife and two boys (ages 8 & 11) for 13 months. During that time, they visited 28 different countries and experienced the world in a hands-on, interactive way that never has been possible otherwise. Since his return, Rainer has dedicated himself to inspiring families to travel and advocated that travel be an essential part of every child’s education. As such, he is launching the Family Travel Association, which aims to create a collective and unified industry voice that will help change the way families travel – charting a path for the future generations of travelers the industry needs to cultivate.

Before putting his professional expertise and personal passion to the ultimate test to travel around the world for a year with his family, Rainer Jenss was a Vice President and 13-year veteran of the National Geographic Society. As the Publisher, he helped transform National Geographic Kids into the most widely read consumer magazine for children throughout the world.

During the year-long journey, Rainer reported for National Geographic Traveler’s award-winning Intelligent Travel Blog, posting a weekly column about the experience and offering an inside look at life on the road traveling together as a family. Subsequently, his blog was recognized as one of the Top 25 Family Travel Blogs by Babble.com in 2011 and 2012.  Having now traveled to over sixty countries in his lifetime, Rainer is an authority on the subject of family travel and how it can be used as a learning tool. 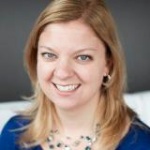 Katie Aune
Katie Aune is a former lawyer and alumni relations/development professional who left her fundraising job in 2011 to spend 13 months traveling and volunteering in all 15 countries of the former Soviet Union. Her journey included running a marathon in Estonia, riding the length of the Trans-Siberian Railway, teaching English in Russia and Tajikistan, volunteering in Armenia, camping in the desert of Turkmenistan and doing her best to speak Russian on a daily basis. She returned to her hometown of Chicago in the fall of 2012 and was employed again in her previous field by the start of 2013. Even though she is working full-time again, Katie continues to travel as much as possible, visiting Nepal, Boston, Atlanta, Washington, D.C., the Grand Canyon, Toronto and Bulgaria in the last year.

Her career break also launched a second career as a travel blogger and writer; Katie maintains a successful travel blog, and writes regularly for other websites, including Viator, GAdventures, BootsnAll and Huffington Post Travel. She is a member of the board of the Professional Travel Bloggers Association and Passports with Purpose, the travel blogging community’s annual fundraiser. 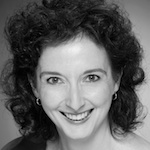 Jane Stanfield
Jane Stanfield has three main passions in life: travel, animals and volunteering. In 2006, after five years of knowing that she needed to do something totally different, she put her three passions together on a yearlong trip around the world. She volunteered on 12 projects in seven countries and took fantastic vacations in five others. For volunteer projects, she worked with orphans, spoke English, catalogued an elementary school library, assisted on an archaeological dig, and worked on scientific and rehabilitation projects with seven species of wildlife.

Back in Denver in 2007, Jane started entirely fresh with Where Is She Heading, LLC and spoke, taught, and coached would-be volunteers and sabbaticalists about the process for short or long-term international travel. She says the key is to pick the project that fits your time, interest, budget and heart. Jane published MAPPING YOUR VOLUNTEER VACATION that offers a step-by-step approach to find the volunteer project, plan the trip logistics, and helps you turn a vague wish into a dream-come-true trip.
Now in New York and investigating her next international adventure, Jane continues to speak and consult about volunteer travel. 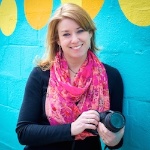 Lisa Lubin
Lisa Lubin is an established travel/food writer, three-time Emmy®-award winning TV producer, and travel industry expert. After more than a decade in broadcast television she took a career break, which turned into nearly three years of traveling and working her way around the world.  She couchsurfed through Europe, cycled the length of Vietnam, took a ferry through the Patagonian channels, cat sat and taught English in Istanbul, served up coffee in Melbourne and volunteered in Spain and London.

And thanks to that break, travel writing has become her new career. She documents her (mis)adventures on her blog, LLworldtour.com, with photographs, videos and articles from the road/train/rickshaw/camel. Her writing and photography has been published by American Way Magazine, the Wall Street Journal, the Chicago Tribune, West Jet’s UP, Smithsonian, the Malibu Times, Encyclopedia Britannica, Orbitz, Jetsetter.com and Huffington Post. 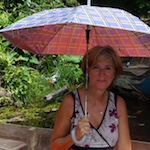 Tamara Lee
Tamara made the career break leap this past January (2014) and has just returned to New York City after having the opportunity to visit 15 countries experiencing the wilds of Africa, the tropical landscapes of Indonesia, the rolling hills of Tuscany, the beautiful coastline of Cornwall and the archipelago of Sweden. While being able to see and experience the different landscapes of the world was wonderful, it was meeting and making friends with the locals in each place that Tamara felt was the true highlight of her career break. Traveling solo for most of the adventure gave Tamara an excellent opportunity to spend time with herself and to really think about and shape the next chapter in her life as she re-enters the work force.

Tamara has lived and worked in New York for over 30 years. She worked in the film and video business for more than 20 years and for the last eight years, switched careers to become an interior decorator. Although both careers were fulfilling, it was time to re-evaluate and sort out what happens next. After reading about career breaks on the Meet, Plan, Go! website, it seemed possible to legitimately take time off to figure out a plan. After many months of planning and preparing, the trip became a reality for Tamara.

For Tamara, every day on the road was an adventure. It was an opportunity to test one’s mettle, to be present every moment and to fill the heart with images and memories that will last a lifetime. She feels there were no regrets in taking time away…only the perfect knowledge that it was exactly the right decision to make. 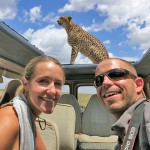 Anne and Mike Howard
Mike & Anne Howard are a pair of newlyweds who thought a ten-day honeymoon wasn’t nearly enough to celebrate a new life together. With a little bit of savings, no kids, and good health, they figured there was no better time to travel than now. So they quit their jobs, rented their apartment, and set out on a 675-day honeymoon around the world. Using Anne’s background as a magazine editor and Mike’s as a digital media strategist and photographer, they started HoneyTrek.com to share their career break across six continents, 33 countries, and 302 places.

During the most extensive honeymoon in history, they were brought on as “Newlyweds at Large” for Honeymoons.com, scouting and reviewing some the most exciting destinations on the globe. Their writing, photography and story have also been featured in acclaimed publications such as CondÈ Nast Traveler, The Los Angeles Times, CBS, The Daily Mail, Huffington Post, The Knot, and dozens of international outlets.

But most importantly, they are extremely passionate about long-term travel, they’ve taken everything they learned from two years on the road and are helping people mobilize their journey with†HoneyTrek Trip Coach.

Come talk with  all of our speakers and Career Break Veterans!

“It’s a great event for people with ‘normal’ jobs looking for inspiration/advice to follow their dreams of travel.” – 2011 Attendee

“We attended your seminar in may 2012 in NYC and took off April 2013 for 7 months. We have been home for a month now and had an incredible experience traveling and gained the extra confidence to go after attending your seminar. “ –Mike

“I attended a MeetPlanGo event in Chicago in October of 2012. Although, seminars, conferences, and other meetings of the sort are not something I would normally seek out and attend, I felt compelled to go to that particular event. It changed my life. I have to say that again; it changed my life.” —Montana