Chris Guillebeau
Chris is a writer, world traveler, and lifelong learner. After spending four years as a volunteer executive for a medical charity in West Africa, he finished a graduate program in International Studies at the University of Washington. Five years later, he’s pursuing a personal quest to visit every country in the world. After 150 countries, a book, and several online guides, Chris has created a community for unconventional people doing remarkable things. 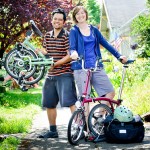 Laura Crawford & Russ Roca
Laura and Russ sold everything they owned in 2009 to travel by bicycle. They’ve pedaled over 12,000 miles, given presentations about bike touring, connected with bike advocates, explored the connection between cycling and rural economies, and written two e-books.

Over the past two and a half years, Laura and Russ have turned their passion for cycle touring into an innovative business that encourages and promotes traveling by bike. Laura also continues to create jewelry and custom bicycle headbadges on the road, and Russ documents their experiences in photo, video and sketches. 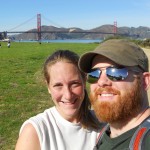 Kim Dinan
Kim & Brian moved to Oregon in their early twenties with $700 in their pockets, two dogs, a car, two spoons, two forks, two plates, a mini television, a bag each of clothing, and a few boxes of mementos. Five years later they’d built an entire life: married, bought a house, and filled the house with stuff. They’d climbed our way up our respective ladders and were earning good salaries.

Knowing that the 9-to-5-in-a-cubicle kind of life is not what their lives are for, they decided to “give it all up” to travel the world. Kim & Brian are in the middle of planning for their big trip departing in the next year. 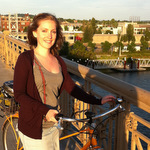 Olivia Raymer
Olivia left on a career break in February 2008. While her first stint of international travel didn’t come until grad school (with a summer study-abroad program), she returned from the south of France with a serious case of wanderlust. A year later she decided to just take a career break instead of a two week vacation. 20 countries and an epic year later, she returned to Portland to give employment another go and is currently a Product Manager at BootsnAll Travel. 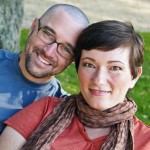 Warren & Betsy Talbot
Warren and Betsy of Married with Luggage left the US in 2010 for a trip around the world just after hosting the first Meet, Plan, Go! event in Seattle. They took 2 years to save the money and sell everything they owned, and they quit their jobs and set off for the open road.

Warren and Betsy just finished their first year of travel, and you won’t believe how much it cost (or didn’t cost!) them. You can find out how they saved in their upcoming guide www.DreamSaveDo.com as well as check out their monthly expense reports at www.RTWExpenses.com. Long-term travel is more accessible and affordable than you can imagine!

Ambassador
We are excited to have the following travel expert join us as well:

Ryan Lile
Ryan discovered his passion for travel just after college. After getting laid off from his second dot com company in less than a year, he booked a plane ticket to Singapore for a week – just because he found a cheap airfare – and an unquenchable thirst for travel and adventure was born. As a newly minted jetsetter without the trust fund to match, Ryan went on to develop the knowledge and strategies necessary to squeeze the most out of every travel dollar. That knowledge has enabled two round-the-world trips, a stint living abroad, and travel to all six inhabited continents.
Website: Savvy Travel

Meet Your Hosts: The Team from BootsnAll

BootsnAll Travel is passionate about helping independent travelers dream up and plan their adventures — from an epic round the world trip or career break, to a two week trip to Italy, or a weekend dash to the beach.

The BootsnAll Travel Network was started by backpack-around-the-world type travelers in 1998. Co-founders Chris Heidrich and Sean Keener turned down investment and buyout offers during the first dot-com boom in 1999, despite having no revenue and no business model to speak. Chris and Sean supported themselves by doing a newspaper delivery route for two years. 13 years later, the BootsnAll Travel Network has grown into a community of over 30 online travel guides and resources that connect and inspire independent travelers — with over 3.6 million unique visitors per month and 100,000 community members.