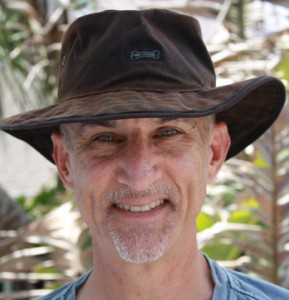 Mike & Catrell Cooney, along with their three teenage sons, Morgan, Zach and Harrison, returned from an around the world trek in late September 2009.  The 12-month, 22 country, 61,000+ mile odyssey was an extraordinary real-world learning experience for the entire family.

Mike’s exposure to world travel started in his early twenties when he worked on a ship in the merchant marine.  It was not only a great adventure, but the experience peeked his appetite for wanting to learn more about different places and cultures.

In addition to working on the ship, Mike backpacked in Europe for three months in the late ’70s.  His career, which encompasses various aspects of project management, has also afforded him the opportunity to travel abroad.

Catrell (Overstreet) Cooney’s love of travel began when she and her family hosted a German exchange student.  As an only child, the experience exposed her to another culture.  After visiting the exchange student one summer in Germany, Catrell was hooked on travel.  In fact, after high school she became a travel agent, and wanted to help others see the world, even if she could not at the time.

In 2005, Mike and Catrell decided to sell virtually everything they owned to take their three teenage sons on an around the world trek. Their aim was for their sons to experience the world before beginning college, and in the process help make them better global citizens.

Their odyssey began on August 25, 2008 when they traveled through Central and South America for four months, almost exclusively by bus.  They returned to Orlando in December of 2008 to be with family over the holidays and started the second leg of their journey in March 2009.  They traveled for seven months through Southern Africa, Southeast Asia, Australia, New Zealand and Fiji before returning to Florida in late September 2009.

The Cooneys now live in Cape Canaveral, Florida where they are trying to adjust to a “normal life”.  They insist this is only temporary and will always be planning their next adventure.  Mike’s motto is “Travel is the ultimate education.”

Like Mike, Catrell sees their semi-permanent lifestyle as strictly temporary.  Once the boys are settled into college and careers, they will hit the open road again.  Catrell’s motto is “Once a traveler, always a traveler.”

You can read about their journeys on their blog, Cooney World Adventure