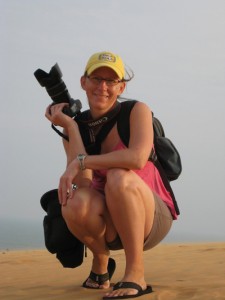 Sherry is a refugee from corporate IT who is now a long term traveler, blogger and photographer. Sherry has been blogging about her travels on Ottsworld: Travel and Life Experiences of a Corporate America Runaway for 4 years. It was named one of the Best Around the World Travel Blogs on Boots n’All travel website. While on a career break she traveled around the world to over 23 countries primarily solo armed with her camera. She has spent the last year living and working in Vietnam experiencing the ups and downs of solo expat living in a very foreign culture.

Sherry has also partnered with Michaela Potter to co-found Briefcase to Backpack – a website which specializes in providing inspiration and advice for adults looking to take a traveling career break. 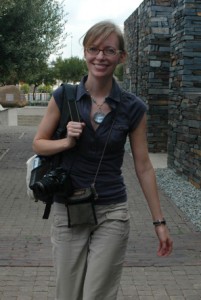 Michaela is a freelance designer through Wanderlust Productions who has managed to interweave travel throughout her life. Having picked up a backpack for the first time in college, she was inspired to then take a “gap half-year” after graduation, a concept common in other cultures. That experience inspired her to incorporate traveling career-breaks throughout her career, including three months in Nepal & SE Asia in 2001, a summer volunteering in Peru in 2006, and another three months in Oceania & SE Asia in 2007.

As co-founder of Briefcase to Backpack, she now uses her experience in non-profit management, video production, and design, along with her passion for travel, to bring the concept of traveling career breaks & sabbaticals to the American culture.