MPG 2012 Boston is complete. Check out a full listing of all of our local meet ups here.

“I think anyone planning a career break or anyone looking for a change in their lives can benefit for the inspiration and information given in this event.”
– 2011 Attendee 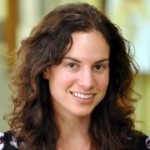 Lillie is a six-foot-tall Boston teacher who took a leave of absence to travel around the world for a year to sightsee in Asia, volunteer-teach in West Africa, and explore Europe. She’s also taken many 1–2 month summer trips with a particular fondness for Latin America, doing homestays, short-term volunteer opportunities, and inexpensive language classes. She’s passionate that extended travel is not only affordable, fun, and easy, but is also bene?cial to one’s career. 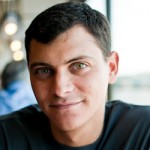 “Nomadic Matt” Kepnes
Matthew Kepnes has been traveling around the world for the past four years and has been to over 40 countries. He runs the award winning budget travel site, Nomadic Matt, and has been featured in The New York Times, The Huffington Post, The Guardian UK, AOL’s Wallet Pop, Lifehacker, Yahoo! Finance, and “Blogging for Dummies.” His site is rated in the top 3 travel blogs on the Internet, and he makes his living from his travel blogging and e-book career. Matt is a native of Boston, but lately, everywhere has been his home. After a trip to Thailand in 2005, Matt decided to quit his job, finished his MBA, and then headed off into the world. His original trip was supposed to last a year. He didn’t come home until 18 months later. Once back, he headed off again 2 months later to explore the world and start his website to inspire others to travel. 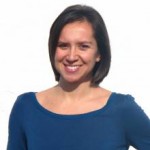 Johanna Voss
Johanna started out in the “real world” as a political organizer. She left in ’08 to feed her soul and traveled around the world for one year, visiting 20+ countries. She had also backpacked through Europe in 2000 and lived in Spain 3x for a total of 2.5 years of her life. She launched her coaching business while living in Barcelona. Now she helps people find their happy, healthy sweet spot. She is a Life coach, wellness nut, bookworm, traveler, adventurer, cook, runner, Spanish speaker, nosy bookstore and cafe dweller. Her motto is: “Eat well. Be happy. Love life.” 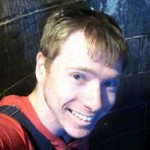 Adam Goffman
In 2009, Adam Groffman quit his job as a graphic designer in Boston and went on a 15+ month trip around the world. The life-changing journey took him to places like North Africa, the Middle East, India and Southeast Asia. Since 2011 Adam has been living in Berlin – Europe’s most hipster city. 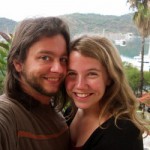 Jessica McHugh and Tim McGregor
After two years of daydreaming and saving, Jessica McHugh and Tim McGregor quit their jobs, sold everything they owned, and bought one-way tickets to Buenos Aires. Over the next 18 months they traveled around the world with two tiny backpacks and without ever booking ahead. Along the way they swam with sea lions in the Galapagos Islands, ate tarantulas in Phnom Penh, worked for an award-winning animal sanctuary in the middle of the jungle, bribed some border guards, and got engaged. Today they continue to follow their dreams around the world, enjoy sharing stories about their travels together, and hope to inspire others to discover their own travel story. 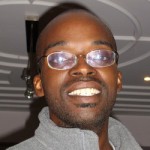 Brian E. Peters
When his bank laid him off in 2008, Brian could have worried about his next job while watching the world economy teeter on the brink of collapse. Instead he went on a four-month round-the-world trip! Visiting four continents, he was proposed to by beautiful women, tooled around Macau on his birthday, and got the chance to see the world for what it really was, not through TV news or the internet. In 2009, BootsnAll named his blog one of the “Best Round-the-World Travel Blogs.” 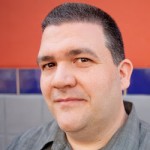 C.C. Chapman
C.C. Chapman is an avid traveler, author, speaker, consultant, and professional creative. He is the co-author of the best selling book Content Rules (Wiley 2010), the Founder of Digital Dads, and the creator of Passion Hit TV. He was the keynote speaker in 2012 in both America and Europe for the largest travel blogger conference in the world, Travel Blog Exchange (TBEX). C.C.’s work has won awards, and clients have included HBO, American Eagle Outfitters, Verizon FiOS and The Coca-Cola Company. He is a graduate of Bentley University and lives outside of Boston with his loving wife and family when he is not traveling the world. 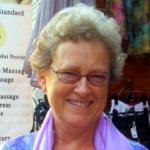 Ellen Martyn
After almost 30 years of marriage and 20 years of teaching kindergarten in a rural community in Vermont, life had become too comfortable and predictable for Ellen Martyn. To shake things up and add a challenge, she rode her bike across the US with a group of women all over age 50. Within 3 years of her return to Vermont, she lost her mother, her marriage and her best friend. Trying to make lemonade out of life’s lemons, she took a year off from her job and traveled around the world alone for 7 months. The first two months she traveled in the US. In January, she started a 5 month around the world journey with much of her time spent in Asia. From riding elephants and zip lines to trekking and volunteering in Nepal, it was an amazing adventure. Her biggest challenge now is to figure out how to get back on the road again soon. 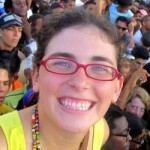 Delia Harrington
Delia is a recent Northeastern graduate who packed seven different abroad experiences into five years of undergrad. Her experiences include working, volunteering, and studying abroad, as well as translation, micro-finance and social justice. She prefers slow travel in developing countries, the more tumultuous the better! Delia is obsessed with politics, cultural immersion and languages, including French, Spanish, Arabic and Greek. She has led college student trips to the Dominican Republic, Cuba and Greece and throughout the US, has studied in France, Egypt, and Cuba, and has worked in social enterprise in the Dominican Republic and Benin. She is currently working in the study abroad industry and trying to figure out how to maintain travel as a priority in her adult life. She writes a blog that covers these subjects as well as activism, human rights, and how gender roles play into travel and politics. 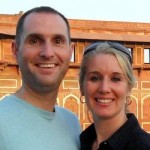 Brian Francis and Catherine Cannon Francis
Since 2002, Catherine has educated and inspired over a thousand students to achieve their full potential both in and out of the classroom. In addition, her unique experiences while studying abroad have strengthened her belief that “it is vital to be a life-long learner, especially in today’s rapidly changing world.” Brian’s professional experience is in sales, marketing, telecommunications, training, and personal development. He values personal growth, honesty, integrity, and persistence – and believes in helping individuals discover and fulfill their innermost passions. In October 2011, Catherine and Brian left their secure careers and comfortable lifestyle in Andover, Massachusetts to embark on the journey of a lifetime: traveling the world for seven months, learning about different cultures, meeting new people, taking photos/videos, and sharing stories. They encourage everyone to live life to the fullest, remain open to opportunities, and follow their dreams.

We are excited to have the following travel experts join us during breakout discussions and Q&A: 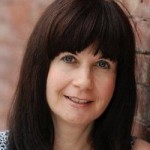 Maria Giurcan
Maria Giurcan is an avid world traveler who has visited six continents. She shares her travel stories on domestic road trips, international sightseeing, and vegan dining across the globe on her blog ‘Vegan World Trekker’. In addition to blogging, she is the author of an ebook “How To Travel The World As A Vegan”. This past year, she launched an online travel agency called “Vegan Honeymoons“. She is the Massachusetts restaurant reviewer for VegDining and writes freelance for online veggie-friendly/eco-friendly sites.

Her writings have landed her recognition by Hollywood celebrities, as well as a radio interview with PBS travel host. She can also be found sharing her travel tips at various Vegetarian Festivals across the USA. Maria shares information on veggie-friendly travels, eco-friendly travels, and solo female traveling. 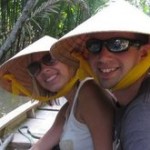 Tim and Robin Botto
Tim and Robin were directors in corporate America who planned and budgeted for two years before quitting their jobs and taking ?ve months to travel and volunteer in Southeast Asia and the Paci?c. When not looking for exotic and cheap food, they jumped into canyons, were guests at rural village festivals, attended Full Moon Parties, ziplined through jungles, and were hugged by an escaped orangutan. Prior to that, they had traveled to 30+ countries, mostly using vacation days. 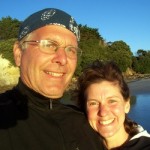 John Battye
John and Susan traveled for five months to Thailand and New Zealand with their four children, ranging in age from three to thirteen. Their experiences were always way off the beaten path with a mix of homestays, public transportation, volunteering, remote locations and freedom camping. Five years later they spent time in Kenya, working for a small orphanage in a coastal backwater. They have a passion for travel, especially when it involves service, adventure and connection.

In their real life, they run an afterschool and summer camp program for elementary children. The kids “travel” to a different culture every six weeks, learning the art, language, history and games of that region. Their students can now make their own sushi, craft a blowgun, speak Swahili, paint Aboriginal dot art, and write in hieroglyphics. 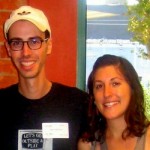 Bev & Sam Feldman
Having never studied abroad, Sam knew that in order to have a similar experience he would first need the perfect travel partner. When he met Bev while volunteering with One Brick in Boston, he wooed her and then a few years later proposed. A few months before the wedding, Sam sprang the idea of quitting their jobs and traveling abroad for six months. She said he was crazy, and they settled on five months. After attending the Meet Plan Go conference last year they were convinced by the speakers that they really could do it. So after getting married last December, they set off to South America. Starting in Panama, they spent over a month and a half in Bolivia, a month in Argentina, then Chile, Peru, Ecuador and Colombia. Now they’re back in the working world scheming their next trip. As for the naysayers, they lined up to see pictures.